Oluwabukola Apata, is a Medical Case Manager at Community Wellness Project, and also serves as the Research and Program coordinator at Brown School, Washington University in St. Louis. She is originally from Nigeria and trough her work and research, she aims to address health service disparities Black Immigrants face in the United States, particularly in St. Louis, and increase their standard of living through culturally responsive health service, capacity and socio-economic development. 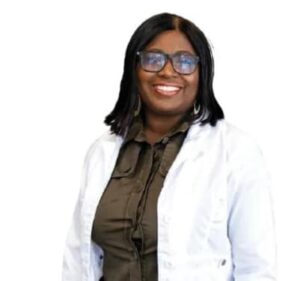 Rebecca Aku, is a pharmacist, a native from Ghana and the owner of Dellwood Pharmacy LLC in the city of Dellwood. Rebecca has been working hard to help the St Louis community get access to multiple COVID-19 vaccines. Rebecca Aku has been very actively involved in educating and creating awareness to stop the spread of COVID-19 in North County. She owns and runs Dellwood Pharmacy in the city of Dellwood at 9944 W Florissant Ave, St. Louis, MO 63136.

She was recently featured on CNN as the first black owned pharmacy to give COVID -19 vaccine in St Louis.

Dellwood Pharmacy offers a wide variety of services to fit individual needs. Please check out their specialty services or contact them for further assistance.

Debecca graduated from Kwame Nkruma University of science and technology in Ghana in 1990 with Bachelor in pharmacy. She got her pharmacy license in Ghana and worked there for a year before she relocated to the US in 2004. Since then she has worked in the hospital setting, long-term care pharmacy, and retail pharmacies.

Her passion is preventive care medicine as well as good management of chronic diseases. 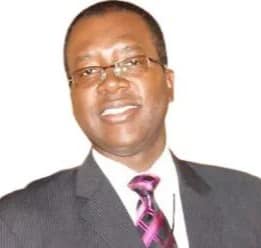 He is the senior pastor at Qodesh Family Church in St Louis. Dr Opoku is the current president of Ghana Association of Greater St Louis and one of the great influential community leaders in the immigrant community St Louis. 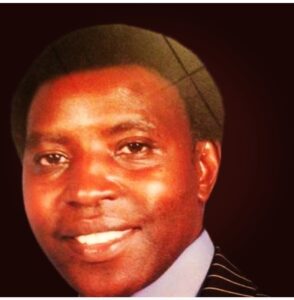 Pastor Paul Mungai Macharia is the senior pastor of Christ Covenant Church in Florissant. Covenant church is one of the oldest and largest African Immigrant churches in St Louis. Pastor Paul has been serving Kenyan Community in St Louis connecting them with resources and a sense of community. Through his leadership, Christ Covent Church acquired $2.1 million dollar sanctuary that is lying on 13 acres of property in Florissant.

For over 10 years Christ Covenant Church has been partnering with V4A and other service providers to host health screening events, health education, youth programs, and financial literacy for immigrant and refugee families in St Louis.

Pastor Paul has worked with the Department of World Missions for a number of years while attending North Park Theological Seminary and has travelled all over the United States and Canada to talk about World Missions and what God is doing in Kenya in particular. For some time while living in Kenya, Paul had a burden on his heart to plant churches but looked in many places for the kind of church denomination and structure that would suit his Kenyan culture and his own beliefs about God and the church. 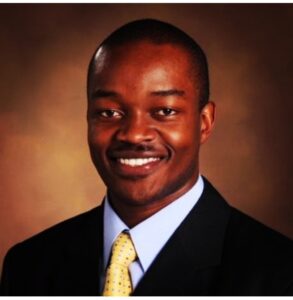 Dr. Milton Ochieng, MD is a Gastroenterology Specialist in O Fallon, MO and has over 13 years of experience in the medical field. He graduated from Vanderbilt University School of Medicine medical school in 2008. He is affiliated with medical facilities such as Barnes Jewish Hospital and Barnes-Jewish St. Peters Hospital.

Dr Milton Ochieng and his brother Dr Fred Ochieng are the cofounders of Sons of Lwala Alliance. a non profit organizations that provide healthcare care access and scholarships in rural area of Lwala Kenya.

Milton Ochieng’ grew up in the small rural village of Lwala in Nyanza, Kenya. Milton’s village sold their chickens, goats and cows to pay for his airfare to the United States with only one request: “Do not forget us.” Milton and Fred later attended Vanderbilt University School of Medicine, wherewith the help of their father they conceived an idea to build a clinic to improve health care in their ailing village of Lwala.

Unfortunately, they lost both of their parents to AIDS while still in school. Determined to realize their father’s dream, Milton and Fred juggled their medical school studies while networking and fundraising across America to build the village’s first hospital in 2007: the Lwala Community Hospital. It now provides more than 50,000 patient encounters a year, delivers more than 600 babies a year, has cut Under 5 mortality by 64%, boasts of 97% of women delivering under the care of a skilled attendant compared to the regional average of 53% and 96% of Lwala children are fully immunized compared to the local county average of 57%.

These and many other transformative achievements have led to Lwala Hospital in 2017 earning the prestigious rating as the highest performing out of 63 health facilities assessed by the USAID’s PEPFAR program in western Kenya.

Milton’s work was also recognized through a complimentary invitation by President Bill Clinton to join the Clinton Global Initiative in 2009, 2011 and 2014. Milton was chosen to receive the 2012 United States Peace Corps Director’s Award in recognition and appreciation of his successful efforts in helping to engage Kenyan and US communities in providing access to primary care through the establishment of the Lwala Community Hospital.

Louis MO. In his spare time, Milton continues fundraising through the organization he co-founded, the Lwala Community Alliance

Titan CEO and headline sponsor Wipfli LLP are pleased to announce the 2022 Titan 100.

Community-based assessment of COVID-19 risk factors and the impact of a community organization within the St. Louis African immigrant population